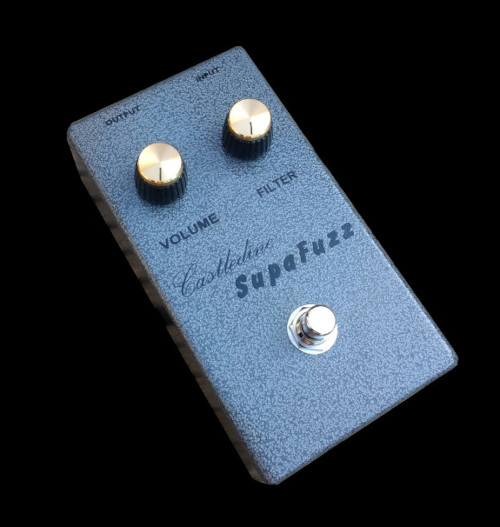 The Supa MkI is a replica of the MkI Supa Fuzz from 1966. The circuit has three OC75 germanium transistors and is similar to the MkI Tone Bender®. The main difference is that the fuzz is fixed at maximum and the fuzz control in the Tone Bender® (Attack) is replaced with a tone control (Filter). This is the reason for the fuzz control being mislabelled as "Filter" on the later Supa Fuzzes, which had the MkII Tone Bender® circuit. 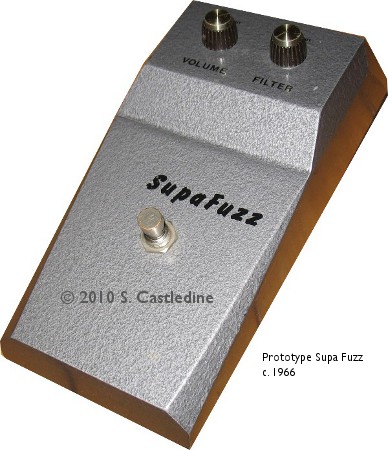 Tone Bender® is a registered trademark of Macari's Ltd.